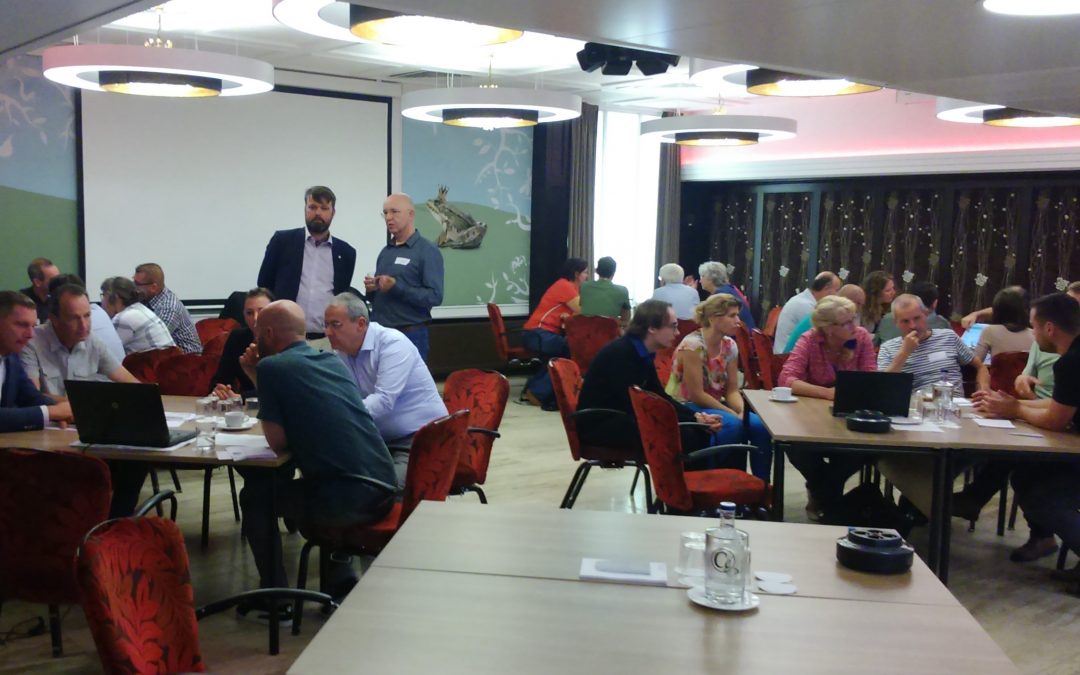 The kick-off of the Dutch ILIAS Community afternoon took place on Tuesday September 18, 2018 in ‘s Hertogenbosch. Everyone in the Netherlands and Belgium working with or interested in ILIAS, Dutch speaking, was invited. There were about 30 attendees, including staff from Bunge, Bartimeus, PSW, Qlupp, Sevagram, Vandewatermanagement, CAE, SCIOPENG, Education Products, Dichterbij, Eluxis, Volandis, RH Marine Netherlands, EATRIS, the Royal Netherlands Army, – Marechaussee and the – Air Force.

The aim of the Dutch ILIAS Community is to organize a semi-annual meeting by and for the ILIAS users. It is primarily a knowledge exchange platform, facilitated by the ILIAS Association with chairperson Matthias Kunkel, who is also the product manager of the ILIAS association.

Jo Geesink of Sevagram, a large organization for care, housing and well-being in South Limburg was the chairman of the day and gave a brief introduction to the intention of this afternoon, in particular to exchange knowledge about ILIAS use in the Netherlands and as a recurring event. On the official ILIAS website you will find the Dutch speaking ILIAS community, interested parties and ILIAS users can apply for it.

Matthias also explained the core/plugin framework and the release schedule. Which means some functionality can not be immediately incorporated into core (core of the ILIAS system) which might be quickly needed. For this purpose, a plugin is first developed that is linked to ILIAS. Finally, he explained that the next ILIAS release will be called ILIAS 5.4 (March 2019 available) and the release thereafter will be called ILIAS 6.0 (March 2020). The presentation of Matthias Kunkel can be downloaded here.

After a short coffee break there was time and space for demonstrations of ILIAS environments from several organizations and knowledge exchange. For this purpose 6 ’round tables’ were available with 6 ILIAS users who gave a short demo of how they have set up and use ILIAS. After some time people were able to switch tables on instructions from Jo Geesink, so that everyone was able to see and discuss all ILIAS environments and their layouts.

After a pause, Göran Kattenberg gave a presentation on behalf of Future Learning (Dutch Premium Partner) about how ILIAS increasingly is becoming a Learning Hub, that is to say how ILIAS can integrate with different systems and technologies and offers the future in this area.

Matthias then gave an overview of new functionalities in ILIAS 5.4 and in ILIAS 6.0 in particular the new user interface concept for ILIAS 6.0, some of which is already available in version 5.4. Then there was time for a question round.

Afterwards we enjoyed a drink and a snack! Everyone who was present and helped with it, thank you very much! And see you next time!

In addition, it is always possible to visit the international ILIAS Conference, which will take place in Dresden next September.